Two Years In A Few Words

Well it is actually imbarising to admit that it has been such a long time since my last post. Two forigen exchange students, Paul 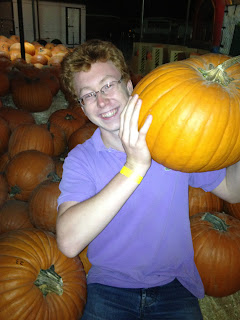 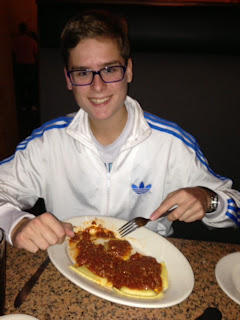 from, yes you guessed it Italy. Last year I had to put my dog Ruby down due to blindness she got out of the yard and was hit by a vehicle. Kip my brother in law gave me her replacement and she has been a great dog. 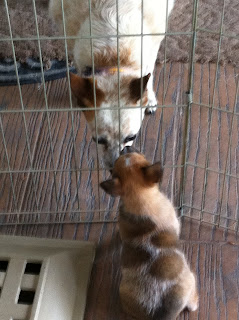 Shortly after Rhett left for his mission I was called to be the 1st Councilor in the Bishoprick of a Single Adult Ward. It has kept both Tamy and myself very busey.Wehave over 225 people in our ward. We had been looking for a cabin for over a year and finaly fount the one to buy and did so in December.It is located in strawberry and is only about 1 & 1/2 hours from door to door. 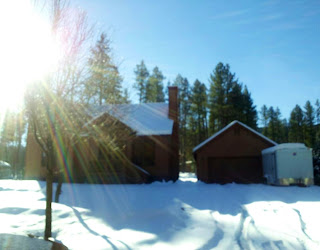 Yes Anziano Scheurn has returned safley at home, we tried to suprise him in Los Angles but somehow we missed him at the International terminal and he called us from US Airways ticket counter to let me know that his ticket was all wrong and than I had to break the news to him.. 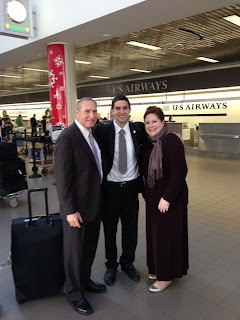 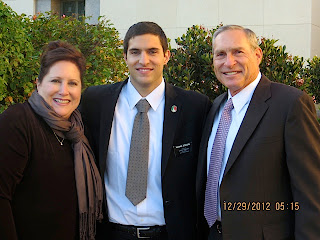 We rented a vehicle and went to the Los Angles Temple where we were able to ponder our thoughts and thank the Lord for all that he has blessed us with. Monday we flew back to Phoenix where lots of family and friends were there to meet Anziano Scheurn. 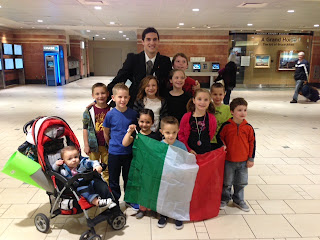 Boy oh boy how someone grows up in two years serving the Lord and the people of Italy.Tamy, Pose and I met with Preident Anderson so Rhett could be released, we were lucky to hear him bear his testamoney in Italian, the spirit was strong even though we couldn't understand him. Tomarrow we will meet the Stake presidency and the High Council at 6:00AM.
Posted by Tom Scheurn at 5:40 PM No comments:

Seems like just when you start to relax you are blind sided! I'm starting to figure it out. We are here to learn and part of learning is stretching ourselves. I need to do better at finding people to help. TAMY seems to have figured that part out, as she is always doing something for others. TAMY and I need to make a commitment to give ourself more time with each other. We are always going in different directions! Work started off slower this month but the last two weeks have been extreemly busy. It looks like the month is going to shape up better than we expected. Been trying to rope a little but it has been very hot. Even at 7:00 AM it is 95 degrees. I will be picking up my new toy tomarrow and will keep you posted. it's getting close to scrap the garden as the heat is starting to take its toll. I feel it has been successful growing zucchini, cherry tomatoes, onions, and peppers.
Posted by Tom Scheurn at 8:40 PM 1 comment:

Alaska and Back: A Vacation to Remember

Not just another Mothers Day

Couldn't have been a better Mothers day for Tamy! Woke up at 5:15 to Rhett skyping us! She got to talk about 2 hours. We had a scare with Ralph he was sporting a major head ach! Joe and I gave him a blessing. They went to the hospital to find his blood preasur was off the charts. After several test couldn't find any thing that they could fix. They came to dinner here this evening. Everyone was over for dinner! And I mean EVERYONE. The mothers ere instructed and didn't lift a finger. At least they tried not to!
Posted by Tom Scheurn at 10:06 PM 1 comment:

A Saturday to remember!

Long day is an understatement! 6:00 fed the horse then left to work out for an hour made it to work at 7:00 and at 8:00 went to watch Vance play baseball he is 6, they use a padded hard ball and get pitched to by their coach. Posey left a little earlier to get Brogan to his socker game, I waited for Vance to finish. Since they don't keep score they were told that they tied the other team, Hummmmm! Than proceeded to home depot with Vance to pick up some suplies. When we got to Brogans game we had a good walk just to get to the field. No parking. After about 45 minutes I left to watch Gavin play in his last basketball game for this season. Mind you a new season starts about every 60 days. He play exceptionally well. Had several rebounds along with assists and scored a few baskets. It' now about 11:00 and I'm ready for lunch. Tried Someburros for a bean tostado and 3 rolled chicken tacos. Than finally to work
Posted by Tom Scheurn at 10:40 PM No comments:

Back In The Saddle

Wow I know it's been forever since I have last wrote, but I have made myself a promise to try harder to blog more often! Starting with today! Tamy and I had a Mothers Day dinner at one of our favorites Don and Charlies. I baught a coupon from Groupon for $20. to get $40. off the meal. We both had almost the same thing 8oz. Filet mignon and a 1/2 rack of ribs, mashed patatoes, and salad, after our discount the bill came to $53.00 + tip of $15.00. It was good as always. We are all looking forward to Mothers Day so that we all can talk to Rhett. This will be the last time before we see him in December. We will be cooking dinner here Sunday for all the mothers in my family except for just a few that had other plans. I will be reporting on this event! Later for now! TS no BS
Posted by Tom Scheurn at 10:20 PM No comments: 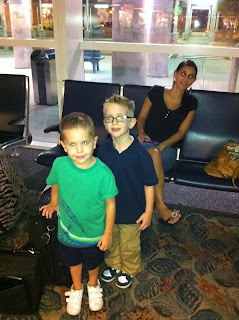 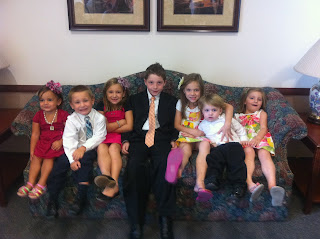 It is truly amazing how fast time goes by, especially as you get older. Rhett(Anziano Scheurn) has been gone 6 weeks he is almost fluent in Italian. Tamy got to visit Posey and Ben in Savanah, They all enjoyed each others company and had allot of quality time together. I stayed home and kept the dogs and horse fed. I would have love to have gone to Georgia but the timing wasn't right. There is never a day that goes by that there are things that need to get done that keeps both Tamy and myself extremely busy. So many times prioritizing can be the hardest thing to do, between recreation and things that have to be done, it seems to always get harder to choose!
I have a feeling that this year will fly by faster than ever. All of our grandchildren are growing up right before our eyes and it has been a real blessing for us to be so close to them, I feel certain that as they get older we will know each other even better. Next week I will be traveling to Dallas Tx. for the Super Bowel ware Green Bay will play Pittsburgh. I think I'll cheer for GB since I can;t stand the Steelers. Than the following week we will be hitting the sand dunes ware I will be trying out the 2 inch A arm extensions in the front end of my Quad. Peace Out For Now!
Posted by Tom Scheurn at 9:29 PM No comments: 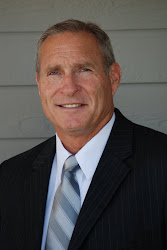 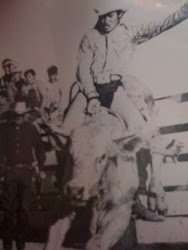 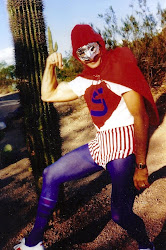 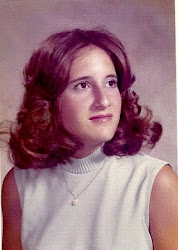 Tom Scheurn
I am married to my high school sweetheart snd eternsl compsion Tamy! We hsve five children, Blake, Joe, Posey,Walker and Rhett. We have twelve grand children. I hsve decided to keep s blog for my grsnd children, so they sll csn read it some dsy snd always know the things that I enjoy in life! but most importantly I want my family to know how much I love each one of them! I am so thsnkful to know that we are a eternsl fsmily.